Home » The Power of Artificial Lighting in Architecture
ProductsProducts & Materials

The Power of Artificial Lighting in Architecture

The power of artificial lighting in architecture

In this article, we are going to explore the different types of artificial lighting and how each of them can be used and also misused.

Using direct lighting is a bit of a challenge because there is zero loss of luminosity as it points directly toward the desired space, which can result in creating really hard shadows. It could definitely be used for office desks, work areas, and even kitchen worktops, but the glare of the light in contrast with the deep shadows can prove irritating to the individuals using the space. This is why it has to be carefully positioned in proportion with the countertops and work desks. 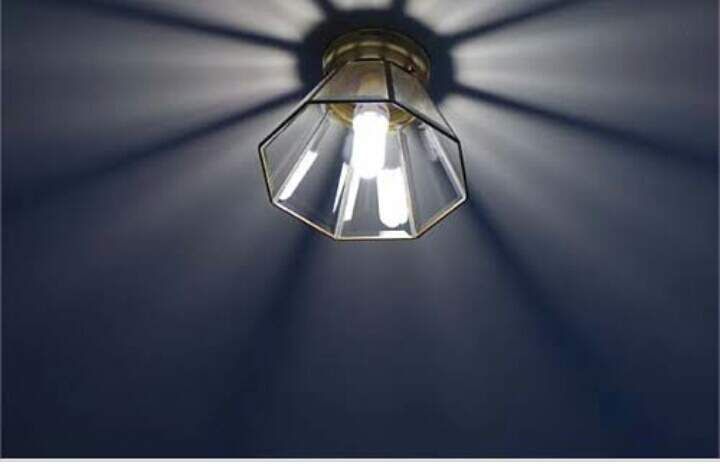 On the one hand, direct lighting is used here to illuminate work desks and the light panels are placed vertically so as to not cause shadows. The design is efficient but it could cause long-term damage to the eyes due to the constant glare of direct light.

On the other hand, Atelier Kitchen Haidacher by Lukas Mayr Architekt showcases good use of direct lighting in a kitchen. The light sources are spaced out proportionately from the countertop as to not create neither glare nor shadow. The kitchen is flooded in a warm, friendly artificial light. 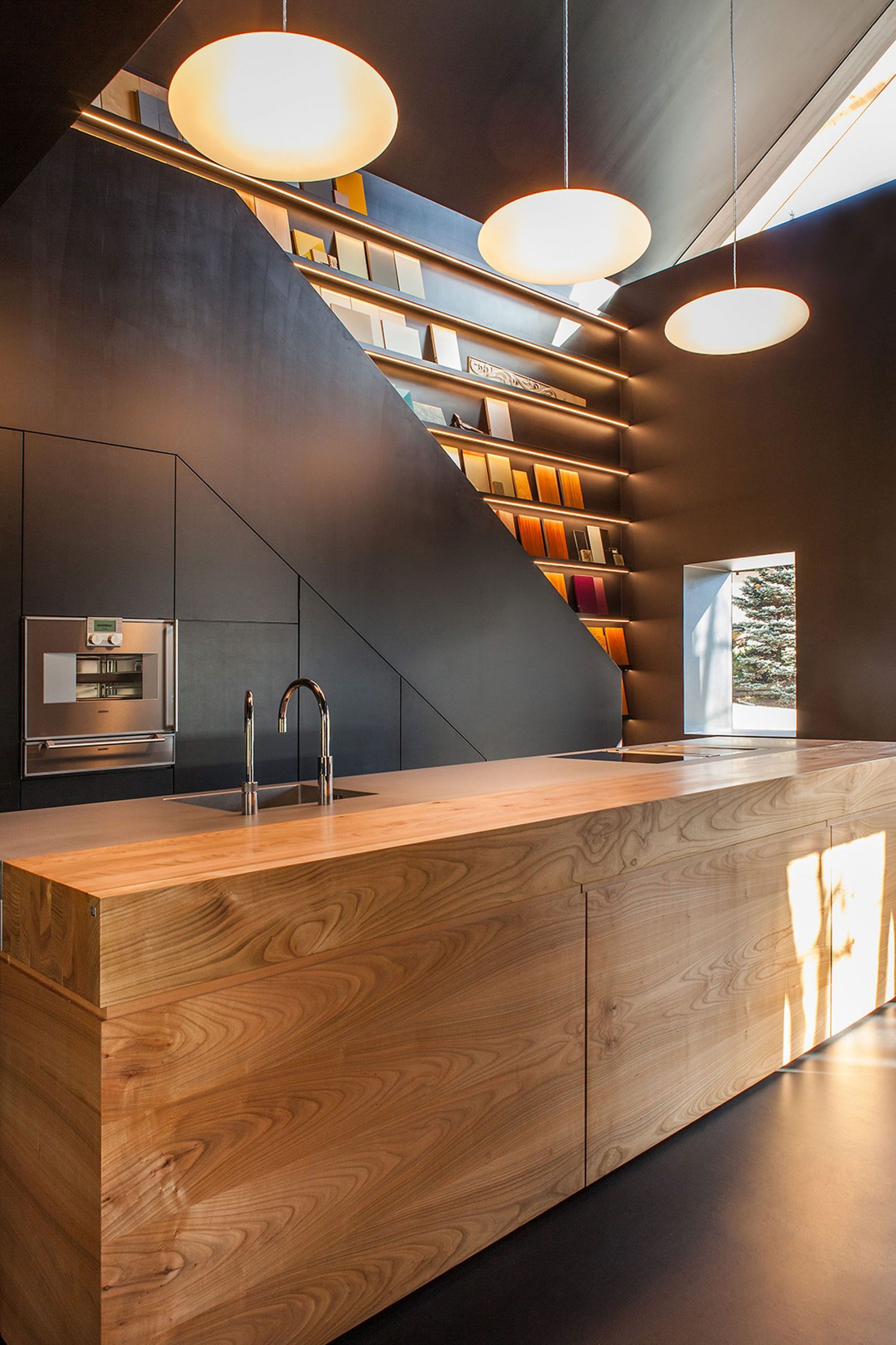 This leaves no place for shadows nor does it bring out the texture of the walls around the place it is used in. Indirect light is perfect for relaxation spaces such as hospital rooms, restaurants, living rooms, and even bedrooms. It produces a tranquil effect that goes against the usual glare of direct light that we face for the majority of our days.

Sipopo Congress Center by Tabanlioglu Architects presents the use of indirect light to illuminate the surrounding space. The illumination sources are embedded in the exterior to accentuate the design of the facade. 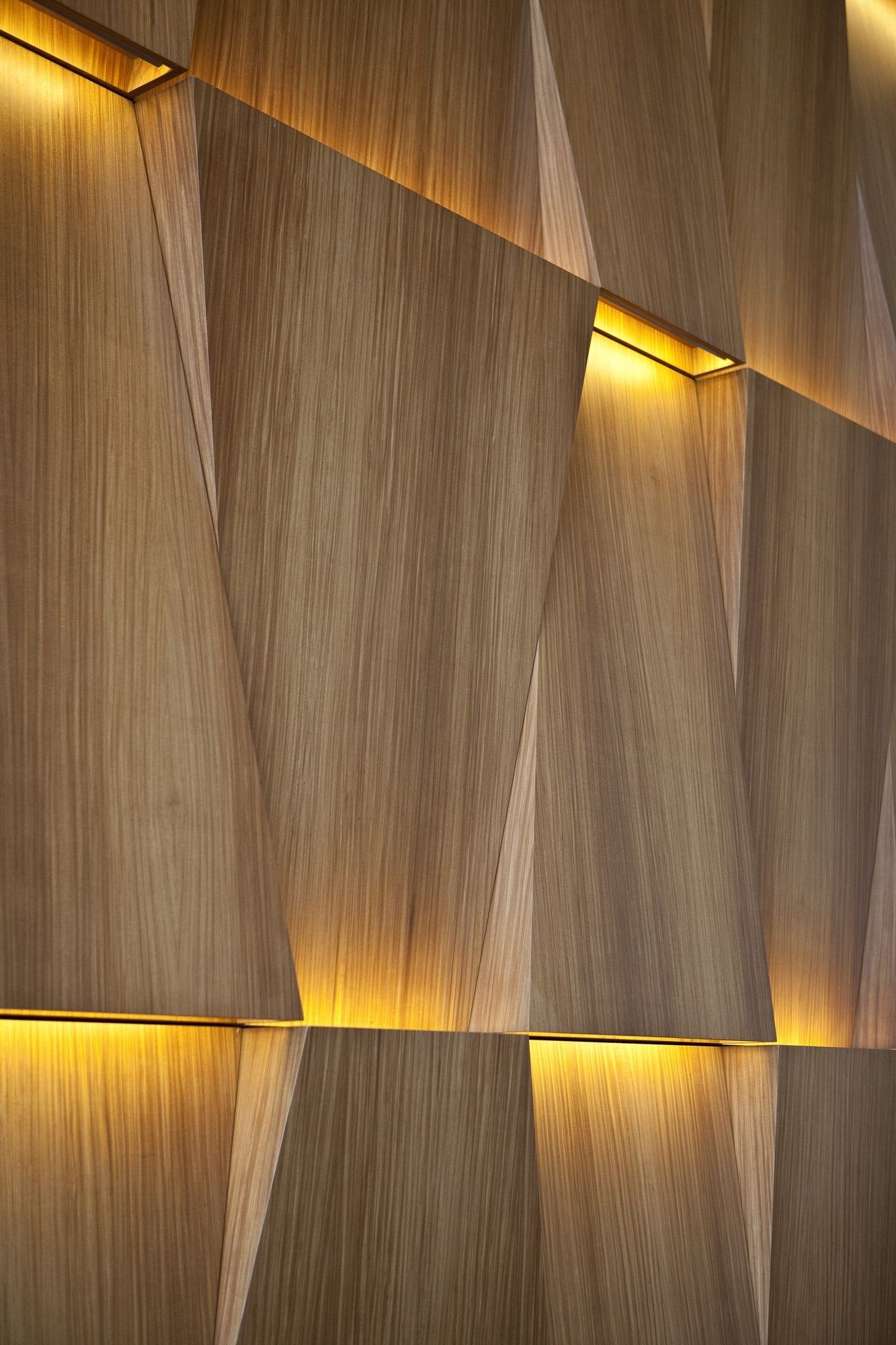 Diffused lighting treads the line between direct and indirect lighting. In the case of diffused lighting, the luminous flux is interrupted by a diffusing element such as tinted glass or colored acrylic plates. The diffusing element results in lessening the intensity of the luminous flux and it also changes its color or, more accurately, softens it.

The diffusing element then distributes the light homogeneously across the surface it’s used for resulting in a soft glow that envelops the walls and ceiling. Much like indirect lighting, although even more tranquil, it can be used in bedrooms and relaxation spaces as well as entertainment. It’s also quite easy to change the color of the diffused lighting using different diffusing elements.

As can be seen in this one instance, fusing between white fluorescent and the use of a diffusing element resulted in hard shadows that don’t serve the purpose of diffused lighting.  Instead of a soft transition between light and shadow, here we have a black/white contrast that would result in a tense atmosphere.

There are times when diffused lighting can be used to create a serene atmosphere as is the case with
MSB Estudi‐taller d’arquitectura’s Domus Sent Sovi. As we’ve already mentioned, diffused lighting is best used in relaxation spaces to induce a sense of tranquility. Domus Sent Sovi is a gastronomy center located in Hostalric, Spain. The light is diffused using golden mesh plates that immerse the space in a soft light reminiscent of an everlasting sunset. 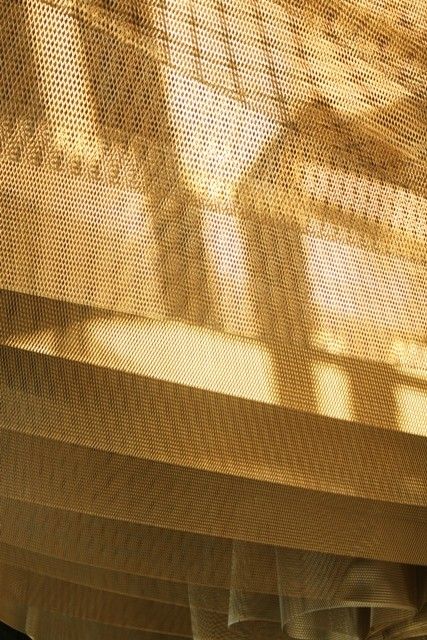 One brilliant example of the use of effect lighting is Zaha Hadid’s Messner Mountain Museum Corones. The illumination sources are spread out and embedded in the ceiling to the effect of emphasizing the spaciousness of the museum. The light then falls softly on the paintings and artifacts which minimalizes light damage and stops the works from falling under the merciless glare of direct light. 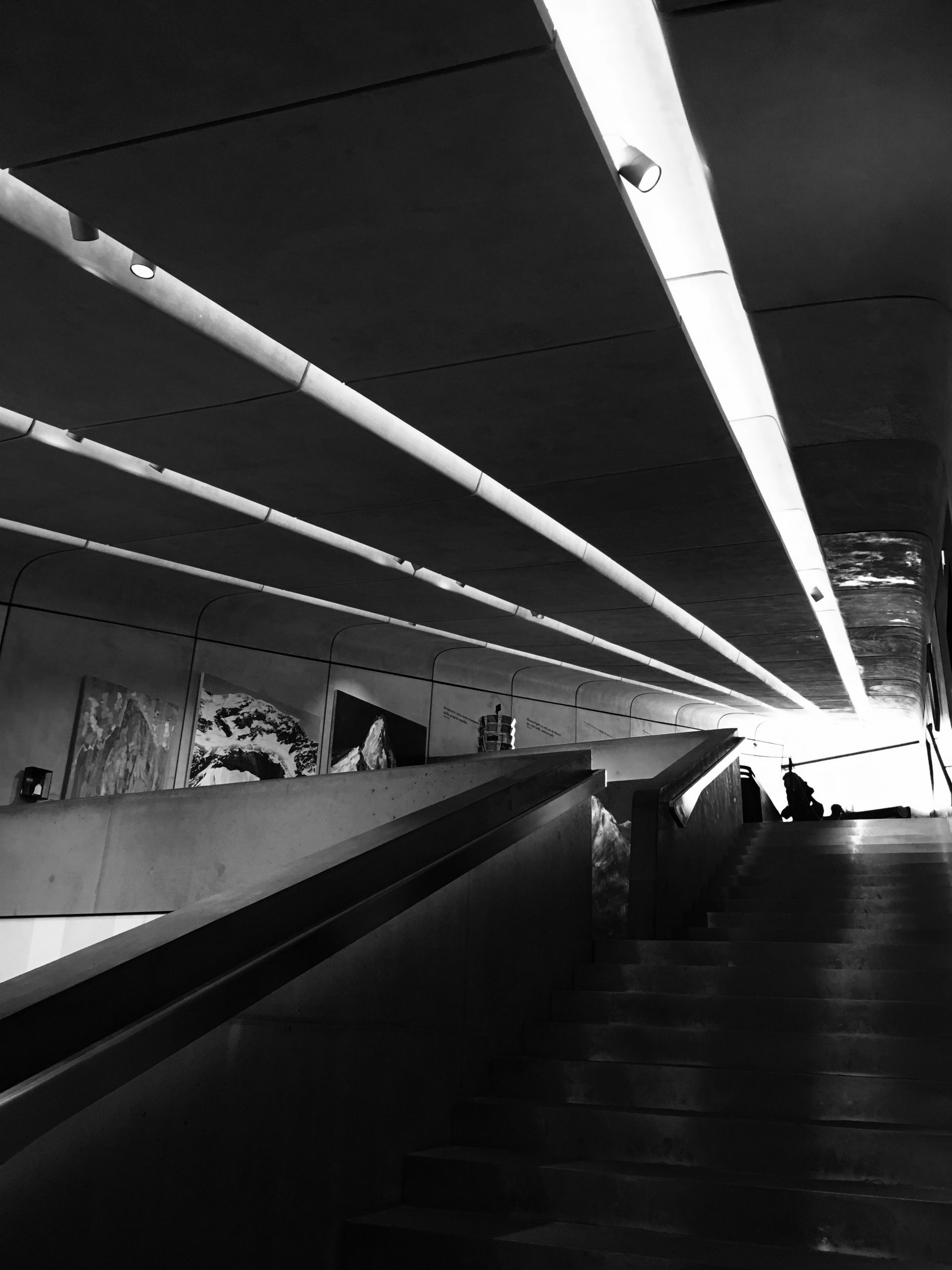 Accent lighting is used in residential, commercial, or cultural environments as a means of highlighting specific objects such as paintings or artifacts. Although it is common to use this lighting technique in museums and art galleries, long-term exposure can cause irreversible damage to the works exhibited. It is better to use an indirect lighting source to illuminate prominent objects to avoid this common mistake. 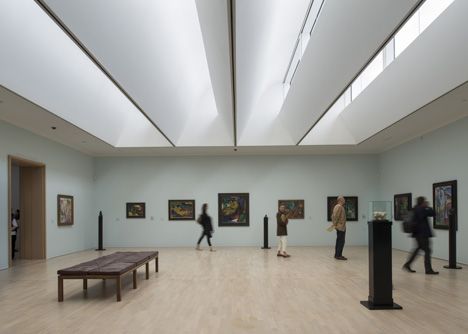 Wall-washing is ideal for creating a dramatic effect when the aim is to highlight a facade or certain architectural aspect. It is created by using a strip of light embedded at the top or bottom of the wall resulting in a flood of light to ‘wash’ over the whole wall. Wall-washing can be easily misused and when this happens, it results in ruining the facade it’s meant to highlight.

However, when used right, the effect of wall-washing is majestic and somehow imposing. In Sancaklar Mosque, Emre Arolat Architects used the wall-washing technique to highlight the Minbar (the pulpit where the Imam stands to lead the prayer) and produce a soft glow to illuminate the rest of the mosque. 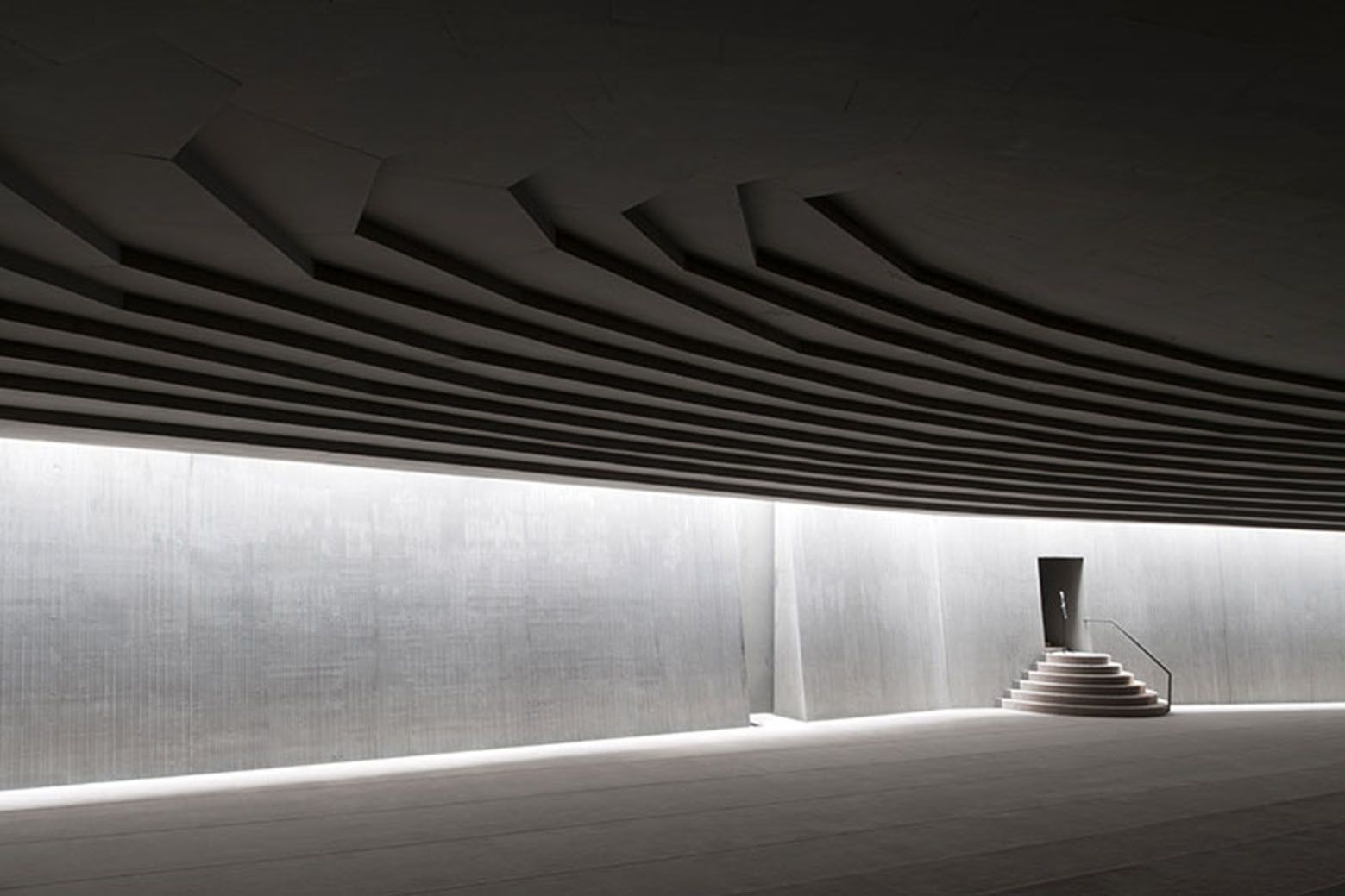 Not to be confused with wall washing, light grazing is a slightly different lighting technique. Whereas wall-washing sends a direct flood of light across the intended wall and illuminates the surrounding space in the process, light grazing is used for the intent of bringing out the unique texture of the wall it’s used on. One common mistake that occurs while using light grazing is sending a vertical flood of light across the wall. It does not do the texture of the wall justice and ends up dropping light over it instead.

The light source in light grazing has to be used at an angle in order to wash the wall in a soft, or hard, glow that brings out its texture fully and creates shadows that give the wall extra depth. 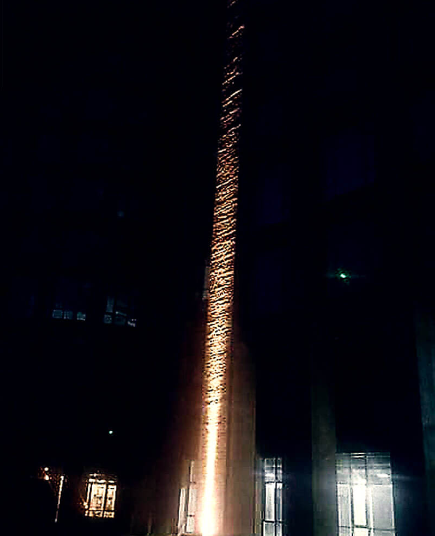 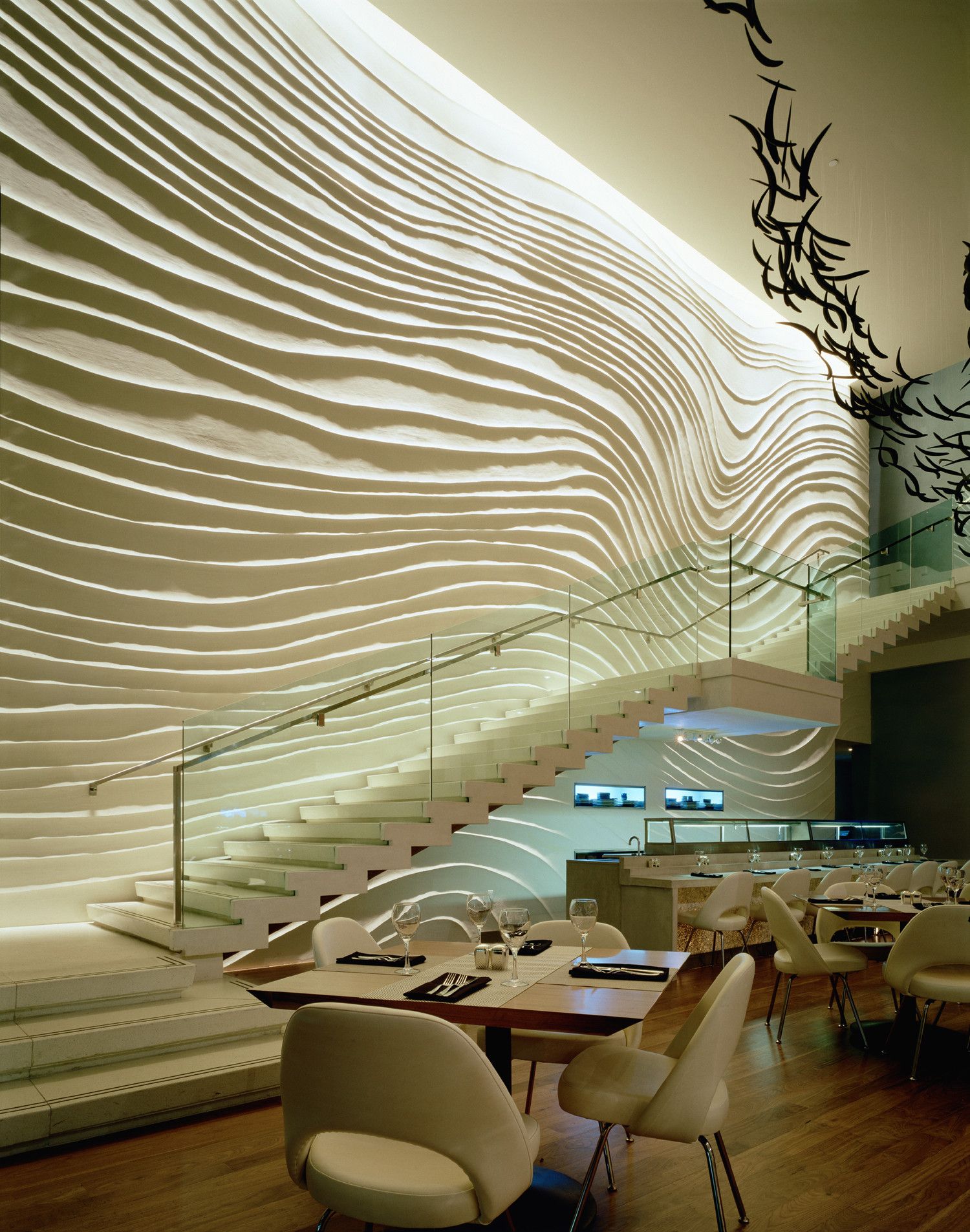 The fusion between different types of artificial lighting

Since we have already explored the different lighting techniques that can be used to bring out the architectural features of a space, it is important to say that methods of artificial lighting in architecture can be integrated together to induce distinctive effects.

Illumination is a key feature of good architecture and one should be incredibly careful to not misuse it. It could truly make or break the design, and not only on the technical level—the design could end up being uncomfortable or unsuitable, think of direct lighting over a hospital bed,  it could downright ruin the whole space! Lighting has psychological as well as aesthetical importance as it can inspire positive feelings in the users of the space or cause them discomfort. We have exhibited examples of lighting techniques that are used in internal and external designs which can help greatly enhance the architecture and bring out the beauty of the design. 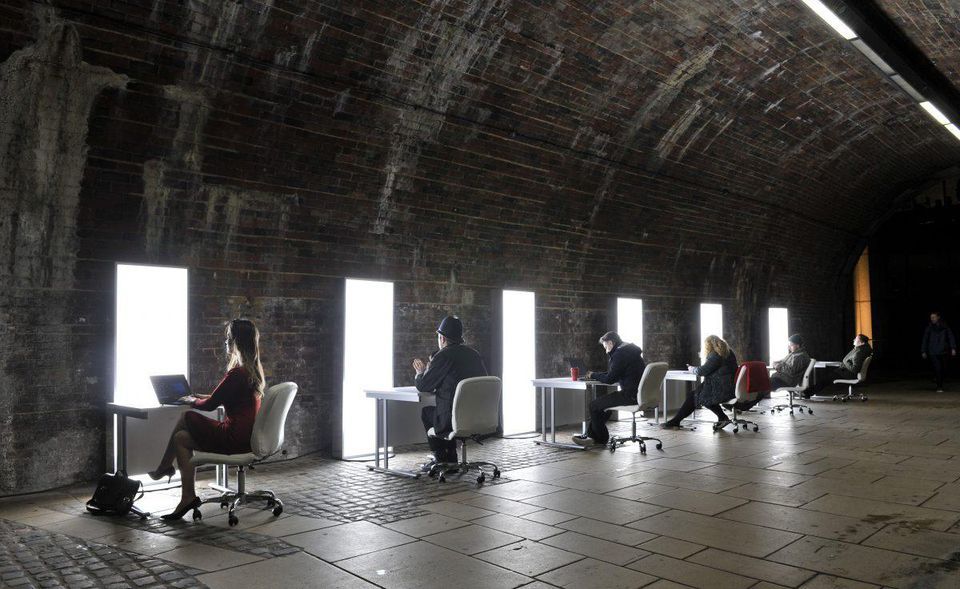 A Designer Looks to a Renewable Material With the Ibuju Collection 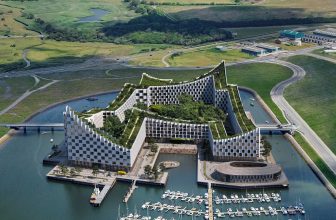 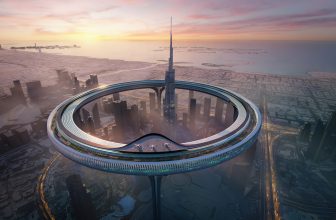 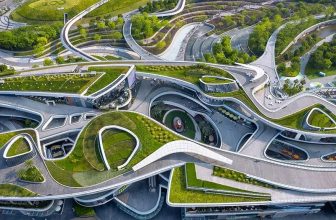